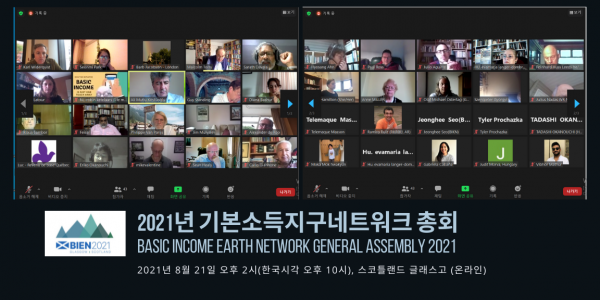 Basic income came to be regarded as a feasible policy agenda recently and the COVID-19 crisis only added to the necessity and urgency of such a policy. Many countries, including South Korea, have implemented direct cash payments as a ‘disaster basic come’ during the crisis. Further basic incomes are being planned and piloted all over the world. On top of that, the climate crisis will likely galvanize governments to adopt carbon tax/dividend programs based on the principles of basic income.

Given these circumstances, it is likely that basic income will transition however incompletely from an idea to actual policies in the next few years. As such, charting the conditions, mechanisms, and effects of various policies that might come under the heading of basic income will be a critical task.

Suwon Convention Centre was built a few years ago for large-scale international conferences and exhibitions, providing the most up-to-date venue in Suwon, the capital city of Gyeonggi Province.

As the provincial capital of Gyeonggi Province, and located near Seoul, the capital of South Korea, Suwon City boasts effective intra and intercity transportation system including metro, bus and taxi. In addition, Suwon City has a range of accommodation available in the city as a notable tourist destination.

Format of the Congress

Basically, the Congress will be held face to face with live coverage through internet if we can see the end of the Covid-19 crisis. But we will change it to online congress when we would face the unavoidable conditions.

On behalf of BIKN and its affiliates 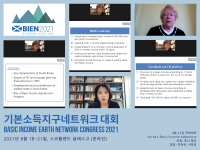 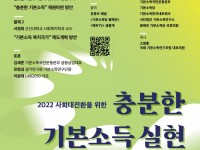